Hi everyone! As the CEO of discoverin awesome book series late, today I bring you the magical book series “Tales From Verania” my favorite author, TJ Klune. Prepare yourselves, because this ride’s gonna be wild.

The series consist in four books (released between the years 2015-2018) plus, a fifth spin-off(ish) book that we can be expecting next year.

We follow the story of a quircky boy, called Sam Haversford who lived in the poorest part of the kingdom of Verania with his parents and even though he loved them, and he was happy, one day, he dared to wish upon the stars for something bigger. And somehow, it works: one day, he accidently turns some teenage douchebags in stone, the King’s wizard, the kind Morgan Of Shadows, knocks his door to tell him that he was a wizard! And not only that, but that he would be his apprentice so serve the furure king and that he was probably the most wizard of an era.

Then, we fast-forward in his life until we get to see 20 year-old apprentice Sam Of Wilds who gained two best friends along the way: Gary, the hornless gay unicorn, and Tiggy, a half-giant. And life seems good, he has all his loved ones, and all his teeth but for one thing: Sam has a huge crush on a Knight Commander Ryan Foxheart who doesn’t even know his name. And who’s also marrying the prince of Verania, Justin, who one day would be his future king.

Until one day, Justin gets kidnapped by a little bit rapey dragon, it’s up to this peculiar group of sassy misfits to save him. In the road, things happen. Words like “cornerstone” and “wish” and “destiny” are uttered in the depths of Sam’s heart, dragons arrive into his life and change it forever. His knight falls just to rise again and be there to save him, horns are reunited with their heads, secrets are revealed and evil grandmothers suck.

If you haven’t read these series, then these words must sound like complete and utter nonesense to you. But don’t you feel the magic too? That peculiar tingle deep inside of you that is drawing you towards it. Doesn’t it sound like a place where you’d like to live? Then please, take a chance, do yourself a favor and visit the Kingdom of Verania. And for the life of you, you will never regret it.

This is a story of friendship, family and love, it doesn’t matter fron where you come from, or the mitakes you made along the way, you will always find the road to lead you back home. All it takes is love, belief, magic, and a wish upon the stars.

As you might have guessed by my a-little-bit-too-hearty review, ai pretty much loved these series with all my heart. I went from laughing histerically to straight out sobbing all in the same page and loved all the characters more than coulde be ever said on words. I loved it so much that I actually read it for the first time and re-read it all in the same time.

However, I decided to do a general review of the four books first because I wanted to introduce you to this wonderful world first without saying much but if you like them, you can let me know in the comments if you want a full review on each book separately. And of course, I will be updating you on everything that TJ shares with us about book 5!

1.483
Condividi su
About Malena 148 Articles
Hi everyone! My name is Malena. I can be defined as a lively and adventurous girl who’s always looking foward to a new experience. I’m very passionate about reading and writing. I will write in English so those who don’t speak Italian can also enjoy the blog 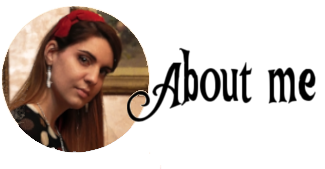