First loves… we always remember them.

They come to our lives and change us completely. 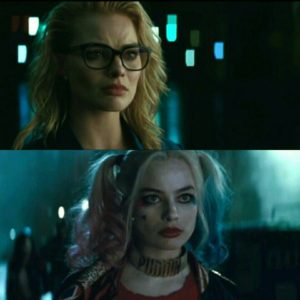 And once they leave us, our world we feel like our world turns apart. 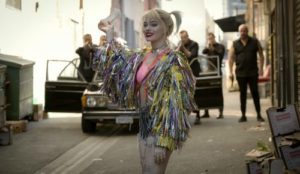 Of course, we usually exaggerate and dramatize these breakups, claiming that the other person was everything for us. However, Harley Quinn lives these situations quite literally after breaking up with his long-term boyfriend, The Joker in this brand-new “Suicide Squad” sequel, “Birds Of Prey”.

If trying to get over your psycho boyfriend is not enough of a burden, imagine doing it while you escape from multiple people that you hurt on your past with said ex-boyfriend that are thirsty for revenge, and while you are also intent on taking down this mafia-boss villain called “blackmask” who wants to see your face cut off with a scalpel. Meanwhile, fulfilling the exhaustive task of continuing looking fantabulous and badass.

It is a lot of work that cannot be done alone. That is how Harley Quinn teams up with an awesome team of female fighters that consist of: the Black Canary, the Huntress, Renee Montoya, and young Cassie. Together, besides kicking some ass, show us how a group of strong decided women can accomplish anything, even with all odds against them. And due to this reason and many others, this movie is -in my opinion- one of the most important movies DC has done just yet. 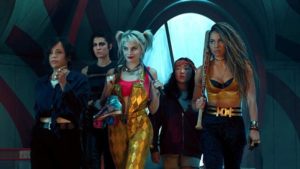 Even though this is practically a sequel to the 2016 “Suicide Squad” movie, (in which Margot Robbie, Aka: Harley Quinn also stars in) in 2020 “Birds Of Prey” we get to see a completely different approached to this character. This is said to be due to the change of directors: while the first-mentioned was directed by a man (David Ayer), the latest, was directed by a woman (Cathy Yan). And that other perspective can change everything in huge aspects.

In “Suicide Squad”, Harley had no real nor important role in their plan for defeating the enchantress, of course, she fought and helped but she didn´t do anything remarkable. She was unwillingly there and she didn´t do anything to get out of her situation because she was convinced that the Joker would go and save her. With her not doing anything important, it made the audience feel like she was just a sex-appeal. In the end, her stunning and sexy looks were more remembered than anything that she actually did.

Meanwhile, in “Birds Of Prey” Harley is forced to confront a dangerous world all by herself and she realizes that there is a whole new version of her that she doesn´t know. Spending all that time with the Joker, transformed her into someone he wanted to see and now that she is no longer at his side, she starts figuring out if she actually likes that person, making this a movie not only about self-discovery but self-value. Before, she used to think that if she wasn´t the Joker´s boyfriend, she was nothing. They made her believe that. But now, we get to see a Harley Quinn who´s badass, confident, someone who continuously mentions she has a PhD and let me tell you, is something much more satisfying than seeing endless shots of her butt.

945
Condividi su
About Malena 109 Articles
Hi everyone! My name is Malena. I can be defined as a lively and adventurous girl who’s always looking foward to a new experience. I’m very passionate about reading and writing. I will write in English so those who don’t speak Italian can also enjoy the blog