After almost two years have passed since their first season, Netflix´s The Umbrella Academy based on the comic books of the same name created by My Chemical Romance´s singer Gerard Way, finally dropped their second season so we can see at last our favorite family of misfits and their shenanigans as they somehow try to prevent doomsday (again). And after that breathtaking finale, I couldn´t be more eager to throw myself on the couch and binge-watch the whole season in a single night.

I do not regret a single thing.

So let´s just dive into that review! 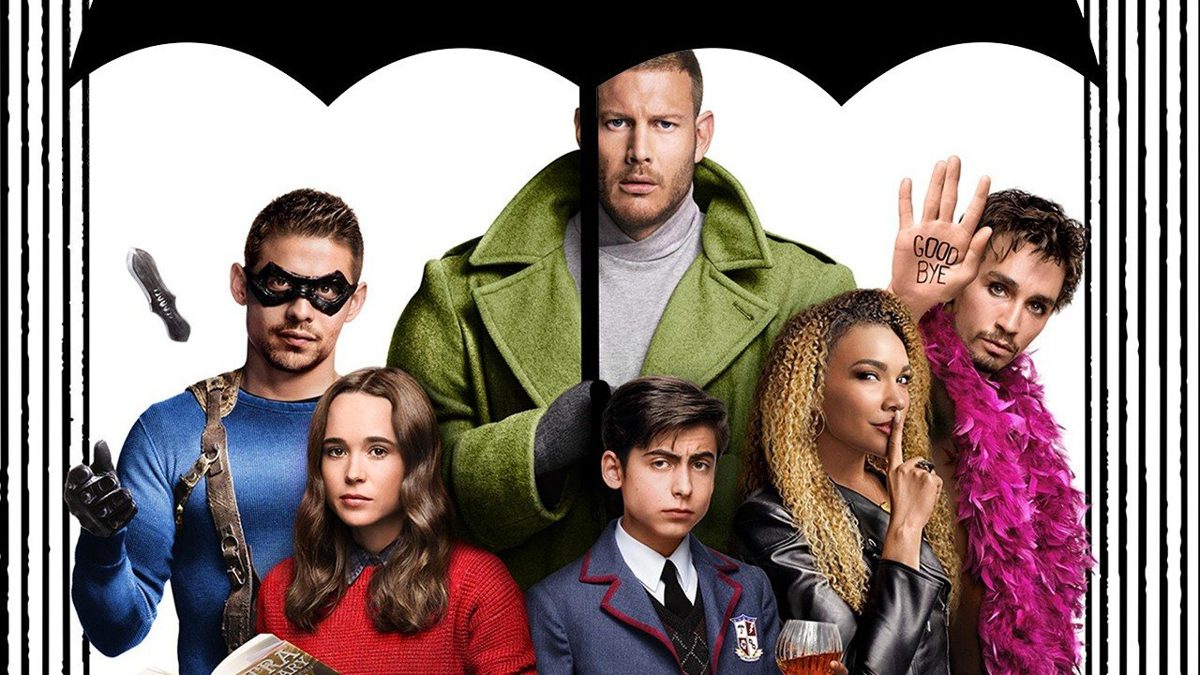 For those who do not remember, The Umbrella Academy season 1 left us with the six Hargreeves siblings (and Ben within Klaus´ powers but I will get more to it later) trying to stop number seven, Vanya Hargreeves (Ellen Page) from bursting with her long-repressed powers by their dear, old, adoptive father, Reginald Hargreeves (Colm Feore) after telling her that she didn´t own ones throughout all her life, and ultimately failing to do so leading to their sister to blow up the moon causing Number Five´s worst fear: doomsday.

However, in the very last second, we find out that not everything´s lost: Number Five manages to use his time-traveling powers to send them to the past to fix everything.

And this new season, we finally find out when that is, and as always, not everything happened according to their plans.

The Hargreeves siblings get scattered around Dallas, Texas during different years of the 1960s bringing the so dreaded end of the world back with them.

Even though this season´s premise sound similar to it´s predecessor, the show decided to focus on something else entirely this time around and to my point of view, they made the right call, having them arrive in different points of time, we get to see each Hargreeve´s sibling develop outside the team, having created their own lives in the new timeline we can appreciate an in-depth view of their minds, the traumas left by their father, their crazy ideas and quirky jokes along with a killer soundtrack that enhances every feeling and scene making them unique by their own right.

This season, each Hargreeves season had their time to shine, although the focus lingered a bit more in Diego (David Castañeda), Anya, and Five (Aidan Gallagher) who, even though he doesn´t get to have a new redesigned life in the 1960s, we do see a bit more of his mind, how he pleads to protect his family at all costs and how living in the apocalypse for that long did affect him deeply, even more than what everybody thinks. Meanwhile, Diego, far away from being the batman knock off from last season, he gets his own storyline and relationship with Lyla (Ritu Aria), who ultimately brings fresh and exciting air to the scenes in which she´s featured. And all of this while still treating his superhero complex after the trauma Reginald left on him. On the other hand, Vanya was still my least favorite character from this season. After getting amnesia and forgetting everything that happened over the last season, she develops a whole new relationship with an 1960s family which after a while, I started finding terribly boring, and even repetitive. However, it was indeed good to see her bonding with her sibling again without the weight of their childhood on her shoulders, it made their scenes together more pure and genuine.

Differentiating itself from the original comics,  the series chose to make a much wider focus on Ben Hargreeves (Justin Min) who after only two seasons, has become a fan favorite. Making an impact on the plot and siblings even though he only could be seen by Klaus who, I´m sorry to say, was terribly done this season; even though he did get his share of screen time, it feels as if he didn´t grow at all, making the same assumptions and mistakes over and over again, not ever learning anything at all. And while I understand that this is his charm, that we can´t expect him to change some things, his powers didn´t have an impact on any of the story (besides from Ben) and even his siblings still treat him as if he was weaker, lesser. Even his own relationship with Ben lost its depth.

And finally, I wanted to remark on a new duo that I didn´t know I needed until this season handled it to me which is between Five and Luther (Tom Hopper), with his intelligence and loyalty and Luther´s sense of duty they put the pieces of the puzzle together, making them almost invincible. Also, being time away from  Allison, also allowed Luther to gain his own independence, deal with his trauma and issues after being forgotten and forced by Reginald, we get to discover a side of him that we didn´t even know he had. Also, Aidan Gallagher completely killed it this season, with just sixteen years old, he managed to portray a deeply complex character in its full magnificence, and I don´t think many could´ve pulled the role in the way he did.

Even though season 2 deals with a great deal of emotional damage in the Hargreeves siblings, it still doesn’t lose it’s weird and over the top essence, they are wrong and inappropriate and they own it, making jokes at any time, and breaking into dancing sessions while mocking each other unceasingly. And in the long run, I think that´s what makes The Umbrella Academy so appealing, they are not heroes, and they don´t want to be, it´s funny, and it never takes itself seriously, its nothing like we are used to, unconventional as they come, the Hargreeves siblings fall far from perfection, but their heart it´s in the right place (most of the times, at least.)

All in all, it was a great season, enhancing everything that we loved from the first one and even better.  I rarely enjoy better sequels but this is the rare case and I cannot wait for the third one. Make sure to stay tuned if you want to be updated in all news on season 3, hope you find the article useful and see you next time!

Even if it sometimes feels like it, you are never alone, I´m rooting for you, wherever you are.

If you feel the need to talk to someone, here´s my email embooks03@gmail.com

And if email is too old-fashioned for you, here´s my Twitter: @LettersCoffee1

103
Condividi su
About Malena 137 Articles
Hi everyone! My name is Malena. I can be defined as a lively and adventurous girl who’s always looking foward to a new experience. I’m very passionate about reading and writing. I will write in English so those who don’t speak Italian can also enjoy the blog