It all started back in 2015, with a lovely book written by one of my favorite contemporary authors, Becky Albertalli, named “Simon vs. The Homo-Sapiens Agenda.” The novel spoke about what many contemporary authors didn´t dare to do by then: a gay main character, on the journey of discovering who he really was, and who he really wanted. Simon´s story is not perfect, it was messy, even confusing at times, and he made a lot of mistakes. But it was brave the guy dared to wonder, to put himself out there even if it was scary and frightening.

And even after that, he had it good, Simon, who was afraid to show who he was, is considered lucky. Because he had a supportive, and loving family who was willing to accept him, awesome friends that were with him on every step of the way, and the most beautiful love story waiting for him just across the lunch table. How messed up the world has to be, so we consider a person who had to duel and fight to be able to tell everyone who he was, “lucky”?

During the new spin-off, Becky Albertalli and the wonderful crew and cast dare to tell a different kind of story, one that´s not sugar-coated and swooningly perfect, but messy, raw, and real.

Victor Salazar comes from an uptight, religious, Colombian family. He has just moved from Texas to Georgia after a tricky family situation but he doesn´t mind. Because deep down, Victor starts in this new place with one single hope: find out who he really is. Because even though he´s sixteen, he has never had the space to wonder, does he like boys? Does he like girls? Does he like both? Those questions fill his head every night even if he doesn´t want them too.

Because the thing is: he doesn´t want to be different. Being gay is not easy, he had to duel with internalized homophobia and self-rejection, as much as he has to confront the pressure of being “the perfect boy” for his parents. He hates it. He doesn´t want to be it.

But the way his heart rushes when he´s next to Benji cannot be ignored. 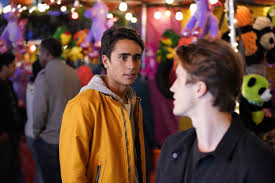 Or at least, not for too long. 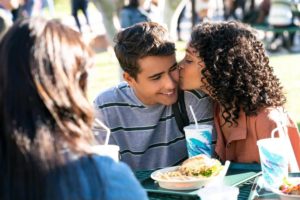 He gets a girlfriend, her name is Mia and she is the most wonderful girl he´s ever met. And yet, his heart belongs to another.

But not hopefully, not everything sucks in Victor Salazar´s life. Because not only he has an amazing group of friends and a tricky, yet loving family, but he has something that Simon never did: a gay guru named Simon Spier. 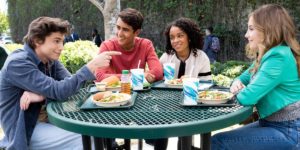 Yes, you heard right. Throughout all the series, Victor texts Simon via Instagram Direct (a nice modern touch, by the way) every time he needs guidance, advice, or just some encouragement to keep on. And as a fangirl, let me tell you that it was the most gratifying experience. The series and movie are loyal to the book and I think that Becky Albertalli managed to collide both words perfectly together in a way I have never seen before.

And given that we are on topic, I wanted to end this article with one single message:

Don´t ever let anyone tell you otherwise.

Maybe you don´t need to hear this, maybe you do. And if that´s the case, I am here for you.

So here I am, doing something crazy.

For everyone there who´s having a rough time, I am here. You can tell me whatever you want, it can be anonymous or you can sign it. I can reply and show support, or just listen to whatever you need to say. I am no expert in any of this, but I can be a good friend to whoever needs one.

And if e.mail is too old fashioned for you, here´s my twitter: LettersCoffee1

1.155
Condividi su
About Malena 133 Articles
Hi everyone! My name is Malena. I can be defined as a lively and adventurous girl who’s always looking foward to a new experience. I’m very passionate about reading and writing. I will write in English so those who don’t speak Italian can also enjoy the blog